Several years ago, I was fascinated by a "new" offering in Jelitto's latest catalogue listed as Lilium Martagon-Hybr. 'Painted Ladies'. The photograph showed an arrangement of stems consisting of flowers in an interesting assortment of colours.

I was somewhat familiar with L. martagon (Martagon or Turk's Cap Lily) and knew it was a valuable plant in the garden, particularly in areas of dry shade. Nursery production of the species or its white-flowered form 'Album' was seemingly difficult from the usual "bareroot" bulb method. Seed propagation I understood, would be moderately difficult, and plants would take at least a couple of years to mature to flowering size. For these intriguing 'Painted Ladies' however, I believed that the extra effort would ultimately be rewarding.

Following is what flowered this spring, from plants that were originally sown in 2006, and planted into my garden in 2008. Needless to say, I'm very impressed with these plants! 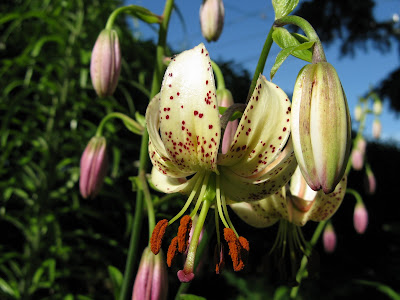 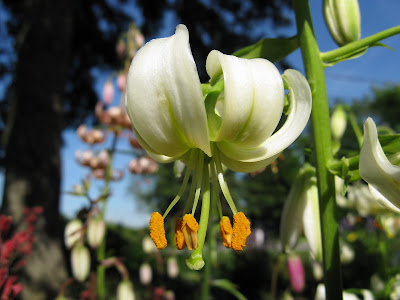 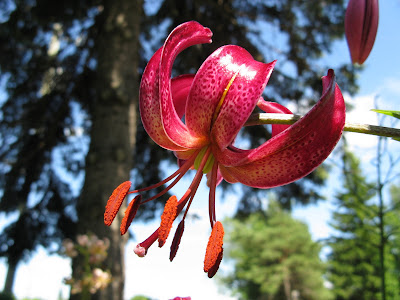 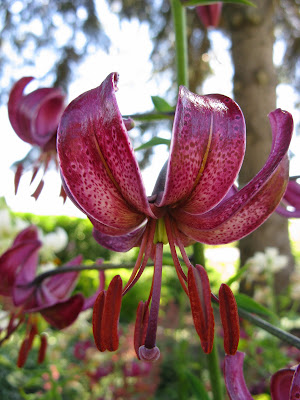 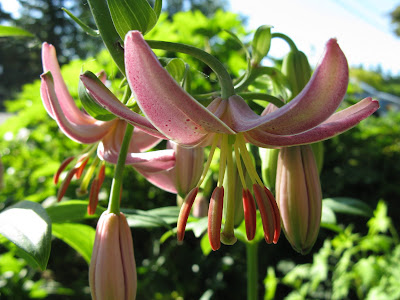 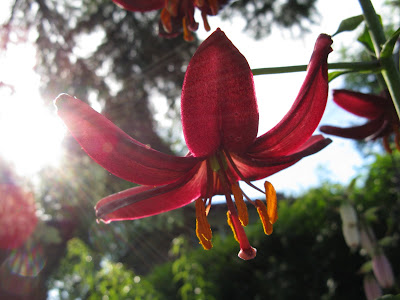 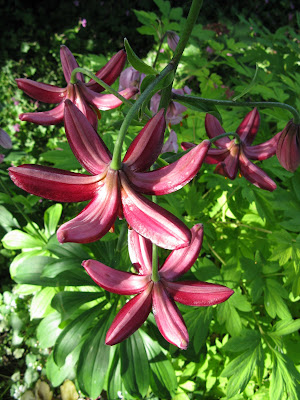 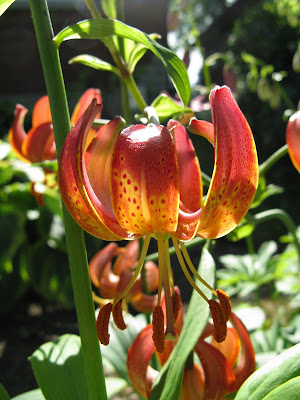 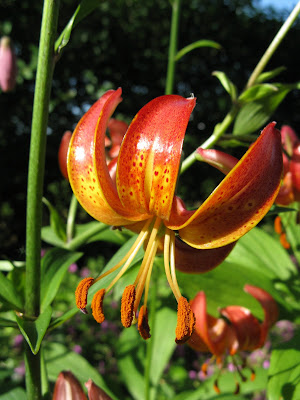 Unfortunately, production of this fabulous strain appears to be very limited.

Here's to dirt under your nails.

I've always adored those type of lilies...I've heard they are a little more difficult than average lilies...have you found that to be the case at all?

Not really -- they've been pretty easy actually. They're in my "shade garden" which is relatively dry under a big old blue spruce, and planted inbetween Hostas, ferns, Aquilegia and Jack-in-the-Pulpits.

Relative to the other Lilies I have (Trumpets and 'Orania'), I'd say they're about the same in terms of being "easy to grow".

Wow these are very beautiful flowers, can you please suggest me any plants nursery where i can get these plants.